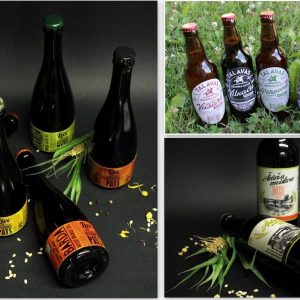 An interesting fact! Did you know that in the Middle Ages water quality was so bad that people would rather chose to drink beer than quench their thirst with water?! We are several hundred years past in living in the Middle Ages, but the desire for tasty, also refreshing sip of a beer at the end of a hard day’s work or hot summer evening is not lost since the same medieval.
We, amazing store “daba” are affering you a great choice of the best possible sorts of Latvian beers. In the range of beers you will find Viedi, Ādažu, Labieša, Tālavas ķēniņa, Brūvera, Banderi S.IDE and Odzienas delicious beers. And, as once the great singer Dave Berry said: “Not all chemicals are bad. Without chemicals such as hydrogen and oxygen, for example, there would be no way to make water, a vital ingredient in beer”.
Store “daba” reminds: excessive consumption of alcohol is harmful to your health. Alcoholic beverages are prohibited to sell to persons under the age of 18 years.